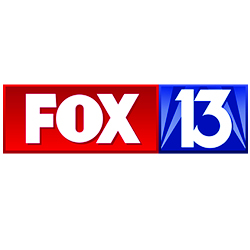 Click to view Video and read story on Channel 13

Crawford told FOX 13 News Wednesday afternoon, “we can’t get married, but we can date, and we don’t have a work rule that says you cannot date within the office.”

“Each one of them blessed it. In fact, they were happy for us,” Crawford said. “The hard part is, my accuser got up, gave me a big hug and said, ‘it’s about time.’ And now it’s an ethics violation.”

The city manager was referring to an anonymous complaint filed with a professional association of city and county managers. He suspects Vice Mayor Elaine Poe filed the complaint, and said Poe told him she would not attend Wednesday night’s meeting.

He links the personal attack to his approval of two major redevelopment projects in Madeira Beach, and suspects there is more to come.

“It’s going to be brutal,” Crawford said. “I’m not laying down.”

Rodde told FOX 13 News she will also attend the meeting.

Earlier in the day, a lawsuit was filed against the city, alleging irregularities in approvals granted to one of the two major redevelopment projects.

The attorney in that case is Kenneth Weiss, who represented several citizens opposing development regulations in St. Pete Beach. That battle raged for a decade, effectively stopping redevelopment in that beach town.

“You want to understand why there’s litigation on the beaches? It’s because people don’t trust their elected officials – it’s that simple,” Weiss said Tuesday night.

Wednesday, he told FOX 13 News there are similarities in the development opposition in all three beach communities.

“There’s not this argument that we don’t want any development,” Weiss explained. “Everybody understands that redevelopment is necessary and good. The question is the magnitude of that development.”