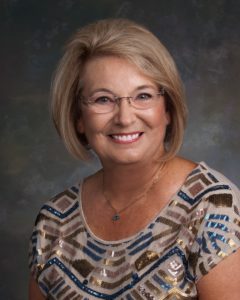 Lister, the longest serving member of the current commission, is being challenged by Deby Weinstein, an activist in civic affairs. Hodges, running for a fourth term on the commission, faces Eric Breslin, who is new to the city’s politics and civic activities. 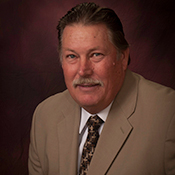 Lister has represented District 1 on the commission since 2010, and is running for his fifth term. He has taken an active role on the commission during his years of service. More recently, he has frequently questioned and challenged actions of the present commission majority, since the elections last March.

Lister said in an email that his goal as a commissioner has been “to brand the city and make it the centerpiece destination of the beaches.”

During his terms on the commission, Lister said, “We worked to attract top businesses, we raised the quality of services, and we built a world class recreation center and a new City Hall for our great great grandchildren.”

“The city has also been well maintained, with infrastructure such as roads, seawalls and stormwater systems replaced or repaired as needed,” Lister said.

As a result, Lister said property values in the city have increased, along with positive exposure for the city, “and we were looked at as leaders in innovative ways to rebrand our city.”

Lister said he is running again “to continue this progress as we make our city ‘the place to be.’”

“I love Madeira Beach,” he said.

Lister’s opponent, Weinstein, is making her first try for a commission seat, after serving on a number of city boards since 1990. Weinstein has been a resident of Madeira Beach since 1980, moving here from Atlanta with her husband Hugh Lamont, who became a Madeira Beach mayor.

Weinstein said she is seeking a seat on the commission because “we need and deserve a strong level-headed commissioner who understands and will vote for programs and projects that will be critical to our city’s growth and maintenance in the coming years.”

She said previous administrations “have voted to put our city in approximately $20 million of debt, and we need to create new revenue streams to finance years of repayment.” Weinstein believes the city “needs to continue the transparency we are obligated to give to our citizens.”

If elected, Weinstein said she “will be that strong level-headed commissioner for District 1 that we need and deserve, to appreciate, acknowledge and respond to citizen concerns.”

“I have lived in Madeira Beach for 38 years, and have volunteered my time and energy to our city and served on numerous citywide boards,” Weinstein said. She has served on committees relating to the Taxpayers Association, Neighborhood Crime Watch, Civil Service Commission, Gulf Beaches Library and the newly formed Budget Committee. She had been named Madeira Beach Citizen of the Year.

“I offer my experience and background to become an elected official,” Weinstein said.

Incumbent Commissioner Hodges has lived in Madeira Beach since 1993, when she and her husband bought their home in Crystal Island. Hodges said she has witnessed many changes in the city during that time, but she “has grown to enjoy the lifestyle and adjust to the change, which is inevitable, no matter where you call home.”

Hodges was elected to the commission in 2012, after serving on the city Planning Board. She said the past year, after finding herself in a minority with Lister on many commission decisions, has been a trying time for everybody.

But she is optimistic for the city’s future. “There is still so much that needs to be completed. We have great opportunities ahead for us. There will be challenges, but I am confident Madeira Beach will move forward. We may be a small town, but we are big on support and dedication. I am really proud and honored for this opportunity to be part of this city,” Hodges said.

Hodges’ opponent, Breslin, was a last-minute qualifier to run for the District 2 seat. He turned in his qualifying signature cards just several minutes prior to the noon deadline on Jan. 12, after picking up his cards earlier in the day.

Breslin is new to politics and relatively new to the city. Originally from Colorado, he moved to Tampa with his wife in 2011. Then, he said, “I fell in love with the small town feel of Madeira Beach after visiting several times” and became a resident in 2013.

He is an electrician with 27 years of experience, doing all aspects of the electrical contracting business. He has advanced from being an apprentice in 1990 to operations manager, and is now in the estimating department.

Breslin said he decided to run for the District 2 commission seat “after watching the many changes the city has gone through the last couple of years. I feel, with my experience in the construction trade, I will be able to help improve the city by controlling the growth and I want to keep our small town friendly feel. I feel the citizens of Madeira need to be heard.”

He continues, “I have been hearing a lot about repaving of many of our neglected roads and the burying of our power lines. I believe these issues need to be addressed and a plan and timeline needs to be put in place. As a city official, I would be visible and available to all citizens of the city.”