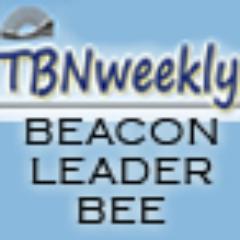 MADEIRA BEACH – City commissioners postponed a vote that could clear the way for development of the Holton property at Madeira Beach’s east gateway entrance.

The planned vote at the April 12 City Commission meeting was put off on the advice of City Attorney Thomas Trask. Trask said there had been some question as to whether proper notification procedures were followed, so he advised any action on the development be rescheduled for next month’s commission meeting.

The site plan for the development shows a 175-unit hotel, 150-unit condo-hotel, three condominium buildings with a total of 68 units, and a 200-seat restaurant on the 4.59-acre site. Boat slips are also included and a 1,000-square foot dock master building. The proposed structures occupy a total of 671,745 square feet. The property, located off the Madeira Beach Causeway, has been vacant since a Leverock’s restaurant closed there in 2000.

The postponement did not stop residents and others who packed the meeting room at city hall from giving their views on the proposed development. Most who spoke were opposed. Their comments were followed by applause and sometimes cheers from the crowd.

John Neff said “neighborhood rumors” of influence by special interests “upset me greatly.” He said, “I want to be able to dispel those rumors.”

He asked City Manager Shane Crawford whether he lives in a condo owned by developer Bill Karns, and wanted to know if Mayor Travis Palladeno is an employee of Karns or his related companies. The mayor answered, “Absolutely no,” but Trask told Neff the public comment section of the meeting “is not a question and answer period.”

“This is not the opportunity to ask these types of questions,” Trask said. Crawford did not comment.

Kim DeBois said she opposed changing the zoning of the Holton property from Marine Commercial to Planned Development District. She said boating is on the upswing, and the city should expand its marine facilities to maximize revenue.

The proposed development’s size “is just too much,” said Walter Chodor. Chodor said he bought his Yacht Club condo in 1990 because he liked the small town atmosphere of Madeira Beach.

The city does need improvements, Chodor said, “but not to the extent of the buildings they are going to be putting in.”

Chuck DeRoller said the Planned Development District concept “changes zoning requirements to allow developers to do whatever they wish to do.” “Too much of a good thing does not always result in good,” he said.

Rees Noren said he favors development, “because property that doesn’t generate income dooms a community to death.” The developers are not carpetbaggers; they are life-long residents, Noren said. “They are as much rooted to this place as much as we are.”

Robert Preston said the majority of the community no longer has a voice.  “A select few is driving what’s happening,” he said. Postponing a decision on the development until May “is too little, too late,” Preston said. “You have made up your mind, and it doesn’t make any difference what the public has to say.”

Crossing the causeway bridge is bad enough now, said Steve Petro. “If you do such a major development here on a main road, it will be nothing but chaos.”

Frank Stegmaier told the commission, “I am extremely opposed to the direction you are taking.” He added, “These people are here because they don’t want to go in that direction either.”