By WAYNE AYERS, TBN Correspondent
Weekly workshops will be held ‘to work things out’

MADEIRA BEACH – The April 11 Madeira Beach City Commission meeting agenda appeared made to order for a newly-installed commission majority getting a first experience at governing. 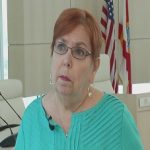 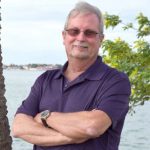 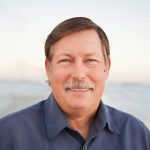 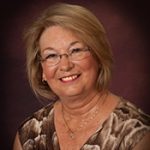 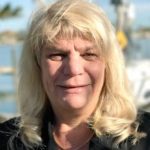 One page long, it listed, besides installation of the elected officials and selection of a vice mayor, an approval of the agenda and minutes, a proclamation (which was tabled because the date was wrong), an alcoholic beverage application, request to purchase a replacement vehicle and a consulting agreement with former finance director Vince Tenaglia.

Commissioner Nancy Oakley requested the addition of items dealing with charter officials and the workout facility at the City Center complex. The charter official topic turned out to be City Clerk Cheryl McGrady Crawford. Oakley made a motion to terminate her, an action that ignited a controversy.

Over the next three hours, the new commission members experienced the difficulties of governing a city still torn apart by divisive issues that were bared over the course of the evening.

One of the night’s most significant decisions was to hold weekly workshops, in Commissioner John Douthirt’s words, “until we work these things out.” Then, Douthirt said, “We’ll be able to do the job we were hired to do.” He urged residents to attend the workshop sessions.

The biggest happening of the evening was the commission’s coming to the brink of firing the city clerk, then backing off after getting considerable pushback from the city manager, audience members and some fellow commissioners, and procedural questions posed by the city attorney.

City Clerk Cheryl McGrady Crawford and City Manager Shane Crawford, who have had a personal relationship for some months, were recently married.

Despite the discordant overtones, the commission did have several decisions that united Oakley, Douthirt and Mayor Maggi Black with holdover Commissioners Terry Lister and Nancy Hodges. There were unanimous votes to approve the consultant’s agreement with a former finance director until the end of the year, and a beer and wine license for a John’s Pass business.

But disagreement surfaced early, over selection of the vice mayor. Hodges nominated Lister. By tradition, the vice mayor position rotates every term by district, and Lister’s district is up next, she said.

But Oakley disagreed, and nominated Douthirt to be vice mayor. She said the last vice mayor, Housh Ghovaee from District 1, did not serve a full term in the vice mayor position.

The commission voted 3-2 for Douthirt, the newly elected commission members voting in favor.

That decision led Lister to comment, “What we are doing is wrong.” He added, “This is a heck of a way to start out.”

The public comment section of the meeting lasted nearly an hour, and the divisions among the residents were clear. Many of the speakers had positive comments about the coming new developments and urged the new commission to proceed cautiously in making decisions on controversial topics. Some praised the newly elected commissioners and urged them to go ahead with fulfilling their campaign promises.

The audience played a role throughout the meeting proceedings, repeatedly applauding, booing, occasionally shouting comments, and letting their sentiments be known.

The commission wound up putting off all controversial decisions until they had been discussed at a workshop.

Among the items postponed was a motion by Oakley to direct the city clerk to validate petitions by residents opposing the Planned Development District rules, which allowed the proposed new developments to go forward. The petitions had been ruled insufficient by the previous city clerk. City Attorney Thomas Trask warned the commission of the legal hurdles involved in that move.

Oakley also made a motion to terminate City Clerk Crawford, a move she later withdrew after encountering opposition from City Manager Crawford, audience members and fellow commissioners, and comments from the city attorney.

Oakley said Ms. Crawford lacks the qualifications to be a city clerk as she is going to school for certification. She spoke of promoting Deputy Clerk Nick Lewis to the job, or bringing back former City Clerk Aimee Servedio, who resigned under pressure in February.

“I’m not defending my wife. I’m defending the city clerk. She’s a good clerk, a damned good clerk,” he said. Also, “she is going to school to get the certification she needs.”

“What is the contingency plan to replace her?” Shane Crawford asked. The deputy clerk is “a 22-year-old kid” who is not interested in the job, he said, and former City Clerk Aimee Servedio “signed a deal that basically says, no, she can’t come back.”

As for hiring a clerk from the outside, Crawford said that would likely not work either. His recent attempts to hire a finance director and Planning and Zoning director failed, he said, due mostly to “the political instability here.”

“I can’t even get anybody to take a $90,000 a year job for finance director,” Crawford said, adding, “If you think we are going to get a qualified city clerk after tonight, we’re in trouble.”

Cheryl Crawford told commissioners they were telling her to “stay here until you replace me.”

“This is your way of firing me,” she said. “If you’re going to do it, go ahead. I’m not going to come in here week after week and month after month and wonder if I have a job or not.”

Told by Douthirt she could apply for the position along with others, Ms. Crawford said, “I don’t have the qualifications you want, so I know you’re not going to hire me.”

City Manager Crawford apologized for “losing my cool” in the discussion, and said if the commission majority does not want Mrs. Crawford as city clerk, then reorganize city hall staff and put her in another position, to take advantage of her knowledge and experience in city business.

Crawford also addressed his own position, which some say may also be at risk. Crawford said he would do what the commission directs him to do, as he did with the previous commission.

“I’m the quarterback, not the coach,” Crawford said. “We’ve got a lot of work to do. Send in the plays, and we’ll get it done.”

The city clerk issue will be put on one of the weekly workshop agendas, along with other unresolved business, such as the replacement purchase of a city owned vehicle, where the commission questioned a decision to buy from a local dealer who matched the state bid price. Also, free use by residents of the city workout facility, which now costs $20 a year. And the reinstatement of the residents’ petitions against the Planned Development ordinance.

Wrapping up the meeting, Lister, with 10 years on the commission, told the new members, “You got thrown in the fire tonight and that’s OK. There’s no book that says ‘this is how to be a politician.’ We’ll work together.”

“Work for the city of Madeira Beach and making it a better place to live, and we’ll all be great,” Lister said.