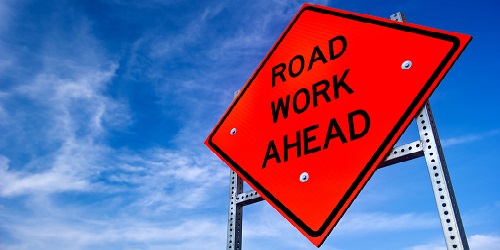 MADEIRA BEACH, FL – The Tom Stuart Causeway (150th Avenue) is a significant access route for motorists coming into or leaving the island community of Madeira Beach.

As a major access route, with a drawbridge for boat traffic, it is not unusual for vehicles to back up due to traffic lights on either side of the bridge or because of the raising of the bridge. The current work on the medians
on 150th Avenue is intended to help alleviate some of the congestion.
There are four medians between the bridge and Gulf Blvd. that are being reconfigured to allow for more efficient traffic flow. Work performed, with approval from the Florida Department of Transportation (FDOT), is part of the development of Hotel A at the intersection of 150th Avenue and Madeira Way.

During the project, 150th Avenue is restricted to one lane in each direction.
Currently, the project is on schedule and is expected to be completed around the middle of December.