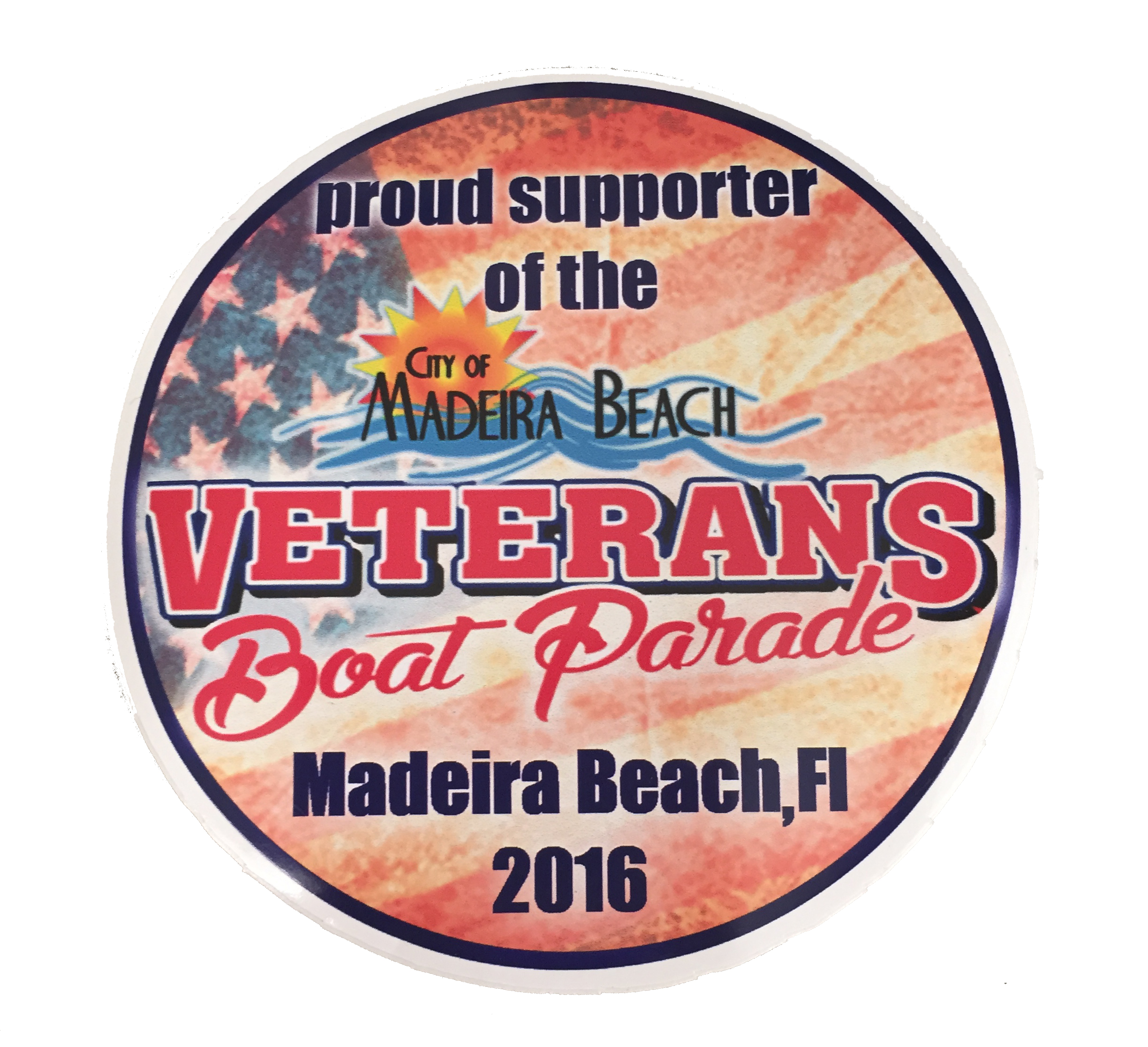 MADEIRA BEACH – The 20th annual Veterans Boat Parade is seeking sponsors and volunteers to help with the annual event, which is set Saturday, Nov. 12.

The annual parade honors veterans and those on active duty in all braches of the military. Coordinated by volunteers since 1996, the event is open to all boat owners interested in decorating their boats in patriotic colors.

Boaters are invited to tie up or anchor behind American Legion Post 273, 600 American Legion Drive, just north of Tom Stuart Causeway, at 10 a.m. After opening ceremonies, the parade begins at 11 a.m., going north to the canal off Redington Drive in Redington Beach, then south into the canal behind Madeira Beach City Hall. From there, the route goes into Boca Ciega Bay, John’s Pass, the Isle of Capri and the Isle of Palms in Treasure Island.

There is no charge for boaters to participate.
“Our purpose is to remember and honor our veterans, and to educate the next generation about the significance of Veterans Day,” said parade coordinator Warren Shephard.

To become a parade sponsor or volunteer, contact Shephard at captshep8@gmail.com or call 727-212-0543.